by Dylan Terry
in News
0 Chelsea and Leeds are also keen on the Linfield teenager.

The Blues have a reputation for bringing young players through and putting them into their first team.

And Brannigan may be enticed by the impressive development of academy prospects at Stamford Bridge.

Chelsea are currently in the process of much change at board and coaching levels. 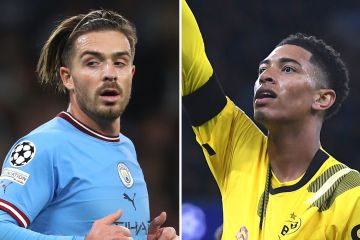 Roman Abramovich sold the club at the end of last season, with Todd Boehly taking ownership from the Russian.

And earlier this month, manager Thomas Tuchel was sacked by the Blues and replaced by Graham Potter.

The ex-Brighton boss kick-started life at Chelsea with a 1-1 draw against RB Salzburg in the Champions League on Wednesday.

Speaking after the game, Potter said: “I’ve been very positive with the players, their response, attitude, intelligence, they are top players and are working hard for each other.

“There is a nice spirit in the group but they are disappointed because results haven’t gone as well as they’d like which is normal and you can feel that disappointment and frustration.

“But it’s my job to help them get the results they want, that we all want.

“Today is not the best start in terms of points for us but in terms of how we acted on the pitch as a group, lots of positives.”

Chelsea now head into the international break after Sunday’s clash with Liverpool was postponed due to a lack of police resources following the death of The Queen.