by Caitlyn Hitt
in News
0 The author is being accused of pushing “fake” and “dangerous” ideas online.

She urges her followers: “If you are a mom currently introducing your baby to solids… you need this oil.

“Just a few swirls around in his belly button.”

Fans posted a grab of the story on Reddit, slamming Audrey’s suggestion. 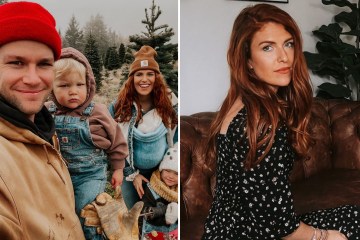 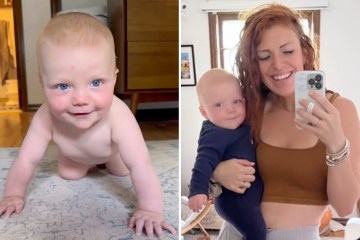 One user wrote: “I can’t deal with these folks. They always say to put it around their bellybutton or bottom of their feet.. as if it’ll absorb through the skin into their body ? Because why would you want that ???”

“And what will that do? Make his belly button soft. WTF. I am not into cancel culture but she needs to go,” another commenter added.

A third critic commented: “Do people really fall for this dumb s**t?”

A fourth suggested: “Or just feed your baby some prunes.”

Someone else added: “Nothing like some good ole parental fear mongering.”

In previous months, the former TLC star was blasted for sitting baby Radley right in front of her essential oil diffuser after she shared a video of her baking bread with her son laying in a sling.

Audrey has been taking heat from all angles lately, with fans attacking her for her online presence.

On Wednesday, Audrey confessed to photoshopping her photos after being slammed over seemingly obviously edited family snaps.

After confessing, she shared a before and after comparison of her and her husband, noting how exactly it had been altered.

She wrote on her Instagram Story: “I edit a lot of my photos with my friend’s presets.”

In the “after” photo, the couple looked visibly more tanned and had brighter-looking, lighter hair.

Back in March, Audrey faced backlash for filtering her photos after critics compared her feed to a natural, unfiltered selfie she shared.

“It must be exhausting to remember to add specific filters and edits to every photo of herself,” one Reddit user wrote.

Another added: “Her ‘natural’ makeup and hair looks so much better.

“With all the filters and photoshop some people have become so unaccustomed to their actual appearance that it’s almost like they forget all of the little details that make them uniquely beautiful.”

Meanwhile, last month Audrey was slammed for making a “disgusting” comment about the Texas school shooting.

The reality star faced backlash for urging fans to find “hope” despite the devastating tragedy.

The gunman left 17 others injured. Ramos was shot dead by police following his sick killing spree.

One day after the horrific incident, Audrey shared a quote on her Instagram Story that read: “Even in the shadow of tragedy, let us not lose hope.

“Give us eyes to see the rapid movements of mercy rushing to fill these newly wounded spaces.”

The quote is from the book, “A Liturgy For Grieving a National Tragedy”.

Audrey’s critics branded her “disrespectful” for trying to put a “positive” spin on the tragedy.

One wrote on Reddit: “How dare someone suggest that any act of mercy can fill this ‘void’? To even classify this level of loss as a ‘void’ is disrespectful and disgusting.

“They were 8-12-year-old innocent children that were murdered while in their classroom.”

Another added: “I hate the toxic positivity culture. How does she even attempt to find positivity in this?”

A third posted: “Disgusting. Read the room. Ugh, I hate her even more now.

We pay for your stories!

Do you have a story for The US Sun team?