by Jamie Downham
in News
0 The pair have been close to inseparable since leaving the villa and many fans think they would make a lovely couple.

They posed together for a selfie at a WeShop event yesterday having enjoyed a night out in Manchester together.

Writing this morning, Jacques said he was “grateful for another week surrounded by amazing people”.

The rugby star had vowed to make his villa romance with Paige Thorne a reality in the outside world.

But as she seems increasingly loved-up with former star Adam Collard, he appears to have given up on the idea, deleting snaps of them from his Instagram page. 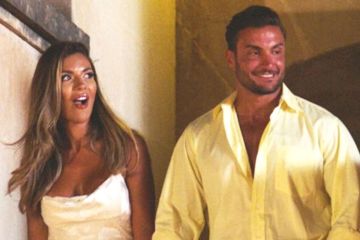 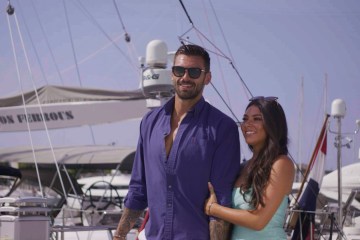 Jacques has been spotted out with Antigoni several times, with the pair even having dinner with their mums.

One fan wrote: “I’m obsessed with Antigoni and Jacques being inseparable outside the villa.”

Another wrote: “Jacques and Antigoni so cute! Suit each other! Should have been a couple in the villa!”

A third predicted “Antigoni and Jacques getting closer, I just know when Paige comes out she’s going to be livid.”

Antigoni was dumped from the villa at the start of the month when Danica Taylor chose to couple up with Jay Younger.

Jacques chose to go home a little over a week later – after Adam arrived on the show and started making moves on Paige.

However, former Love Island star Jay has poured cold water on the prospect of a post-villa romance.

He told OK!: “I was on a night out with Antigoni two weekends ago and Jacques FaceTimed, but it was more of a friendly chat.”

He added: “It wasn’t like that… They’re just pals.”

Read all the latest Love Island news, gossip and exclusives