by Milica Cosic
in News
0 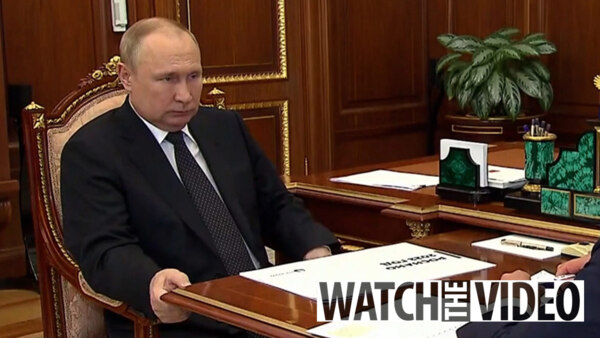 VLADIMIR Putin ‘does not look well’ according to an expert as he is seen gripping table so hard – his veins start to bulge.

Speculation surrounding the tyrant’s condition has been a topic of hot discussion for a while now – with claims that he has Parkinson’s.

However, there is once again speculation over the Russian president’s health after a televised meeting with RusNano State Corporation’s CEO Sergey Kulikov in Moscow earlier this week.

Footage shows the veins on the president’s hand bulging – appearing like they are about to explode – as he furiously grips a table for support.

John Hardy, a neurogeneticist at the UK Dementia Research Institute, said: “Real neurologists are unlikely to comment because they are taught never to comment on people who are not their patients.

“No sign of parkinsonism in my view. He did not look well…but not Parkinson’s disease.”

Ray Chadhuri, a neurologist at the University of London, added: “Looking at the short clip, I can find no evidence that I can tell of parkinsonism in Putin.”